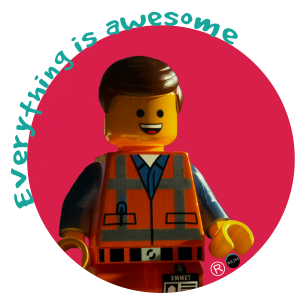 This is a parody of a spy movie that really makes you laugh a lot,  thanks to the hilarious Melissa McCarthy !

By the title, you  expect a spy movie such as “James Bond” or “Mission: Impossible” with a charismatic & classy agent  holding a gun at all times, and who  always successfully achieves his mission.This is absolutely not the case!

“Spy” is actually a parody of the spy movies genre. A real joke you suspected to be very distasteful when you watch the trailer. Actually, you spend a really good time during which you don’t stop laughing from the first minute to the last, even if some lines are tactless.

There is the charismatic agent (Jude Law), the “geek” office agent (Melissa McCarthy), awesome high tech gadgets  (but since it is a parody, some are very common) and there is also the female boss agent who rules the Agency (CIA)(Allison Janney). The purpose is obviously to stop the bad guys (Rose Byrne and Bobby Cannavale)  from getting richer and from killing people.

Being in set in  France, Italy and Hungary, you don’t  escape from stereotypes. The one who strikes the most is Aldo (Peter Serafinowicz) the Italian agent who hits on anything that moves, especially on Susan Cooper, Melissa McCarthy’s character.

The actors are quite awesome. The British touch is honoured by Jude Law as the handsome agent and Jason Statham who tells incredible stories about his missions but who is actually a bit stupid and fails at everything. However, I was not particularly impressed by on Rose Byrne’s character and her costumes. Melissa McCarthy who plays the lead role, stands out the most as an office agent, disguised as a housewife or an old maid. Her part is the most interesting her character has to realise her potential as an agent even if it means cursing a lot.

The film wouldn’t be the same without her.

You don’t stop laughing in this parodic film that is much better than what the trailer implies.

A Little Chaos from Alan Rickman