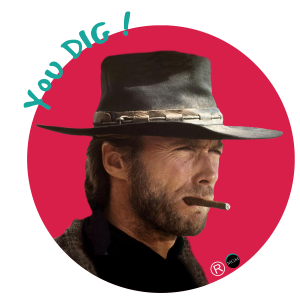 It’s finally here: Ocean’s 11 with a 100% female cast: Ocean’s 8. The fact that it seems almost revolutionary to have a female cast only for another genre than comedy bothered me a bit. Why is this so extraordinary? Anyway, I was curious to know how was this movie, especially because I enjoyed the trailer. So the question is: was this movie as good as the trailer?

I’m not saying that the film was bad, it was not. But it was not incredible either. I didn’t come out of the theatre and thought that it was exceptional (that would be pushing it), but I felt like this movie could be easily forgettable. Basically, Ocean’s 11 didn’t need a spin-off no matter the gender of the cast. 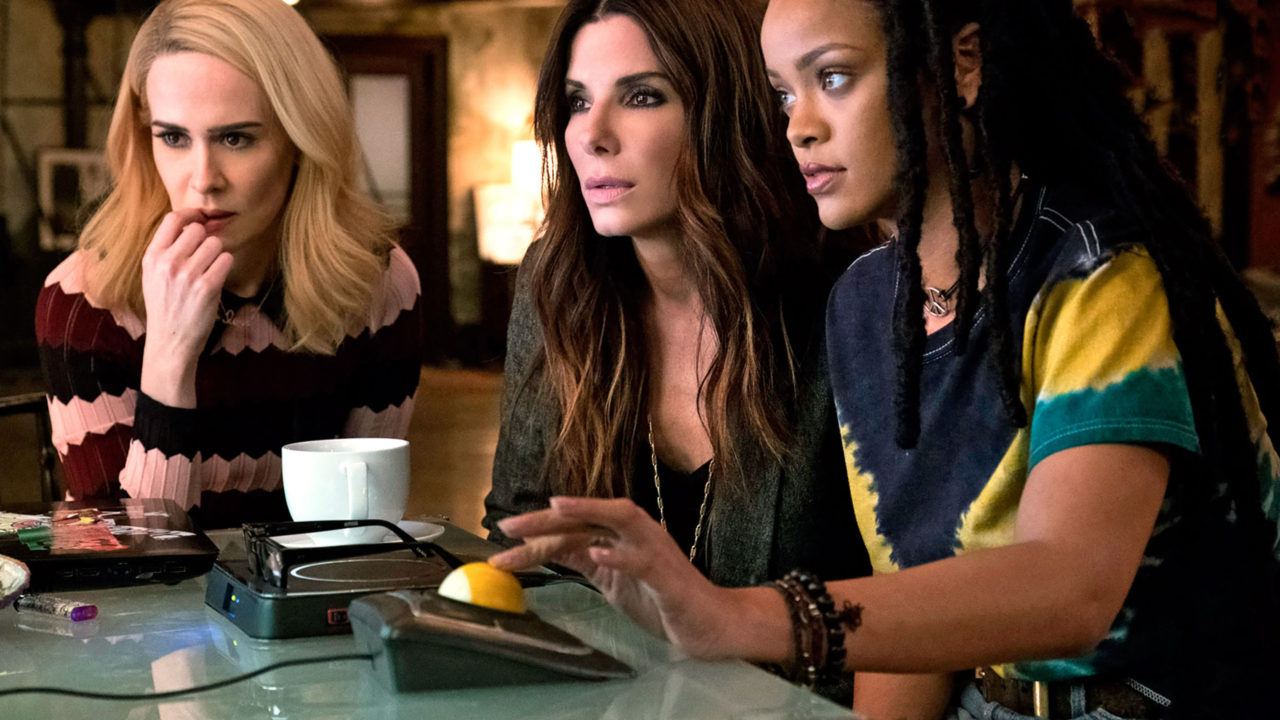 The pitch is simple. Debbie, Daniel Ocean’s sister, gets out of prison after five years. And for all this time, she had the project to steal one of the most precious jewels in the world: Toussaint by Cartier, at the Met Gala on the 1st Monday of May. But as it was said in the trailer “Do not run a job in a job”. Which meant that the theft hid something else… It sounds like Ocean’s 11, doesn’t it? The pitch is a kind of bad spin-off which should haven’t existed which hides, in reality, a bad remake/reboot. 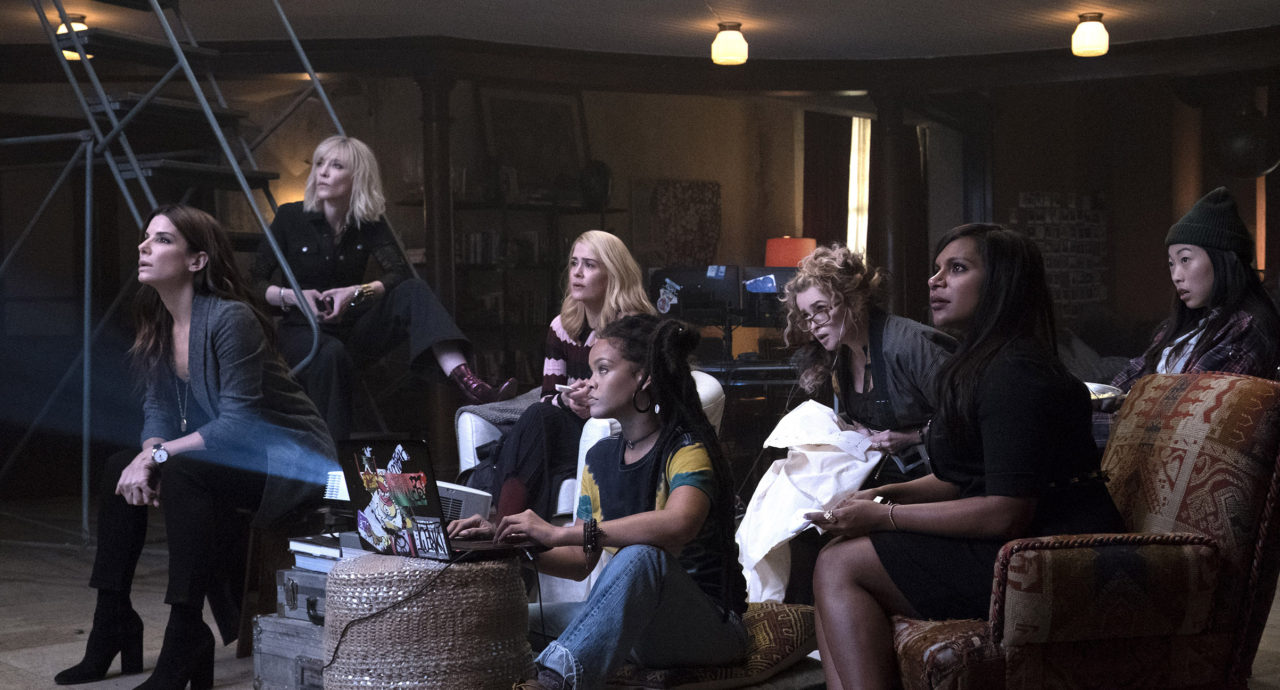 I was disappointed that there was no cameo of George Clooney’s character (who is one of the producers of the film you only see a poor picture of him). The reason for his absence is explained in less than five seconds. I think it would have been better to not make this movie a spin-off at all. A little (not so good) reference was made to Vincent Cassel and Ocean’s 12. 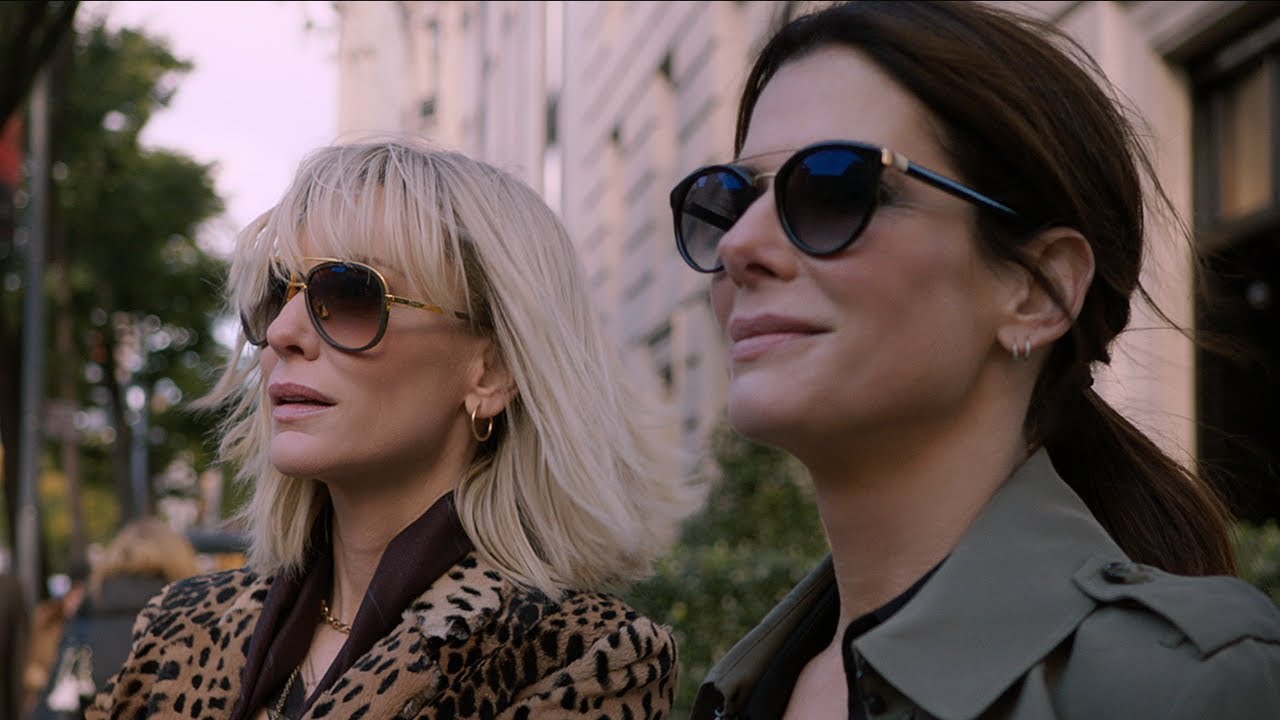 As for the actresses’ performance, I can’t say it was bad, but it wasn’t great either. I didn’t feel any empathy for them. Sandra Bullock didn’t have any expressions whereas Cate Blanchett did too much. The performance of Rihanna, Sarah Paulson, Awkwafina and Mindy Kaling were easily forgettable. On the other hand, I quite enjoyed Helena Bonham Carter and Anne Hathaway‘s performances. They didn’t play the most groundbreaking part of their career, but they are the two actresses who stood out the most from the group, especially when you see what they become at the end of the film.

It was nice to see a lot of celebrities in their own role, especially Anna Wintour and to see the thieves plotting to steal the precious necklace, but everything seemed too simple. The screenplay was too simple. There was a little obstacle, but it was avoided in a snap in the next scene. With all of this, you wonder how Debbie Ocean could have ended up in prison for five years (this is explained in the film). Everything seems too easy and not extraordinary enough. In fact, you know from the start that they will achieve their ends. So, you almost don’t care.

I think you can do better with a 100% female cast without being inspired by a basic 100% male cast.