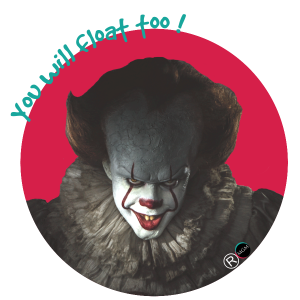 After months of hype and anticipation, IT is finally here!. Based on the novel by Stephen King and directed by Andy Muschietti, IT is one of the most anticipated horror films of later years. Months of promotion seem to have paid off as IT has become the highest grossing horror film of all time in the US.

The movie takes place in the small town of Derry, Maine (the home state of Stephen King) and tells the story of seven kids who all seem to be terrorised by an evil spirit who takes on the appearance of a clown. The kids, calling themselves “The Loser Gang” band together and find out that every 27 years kids go missing in Derry. They decide to face their fears and rid the town of the evil clown, once and for all.

First, it is very clear that movie is heavily influenced by the hit Netflix show Stranger Things. A group of outsider kids, a story set in the eighties (1989) overcoming their fears and fighting a supernatural threat. It even stars one of the Stranger Things stars, Finn Wolfhard as Richie. We are treated to a lot of backstory on the kids in the first half of the movie. As previously mentioned, they are all outsiders and most of them come from broken homes.

Bill (Jaeden Lieberher) lost his brother but is convinced he is still alive. Ben (Jeremy Ray Taylor) is a chubby nerd who is constantly bullied at school. Beverly (Sophia Lillis) lives alone with his father who is clearly abusive and a sexual predator. Eddie (Jack Dylan Grazer) lives with his overprotective mother who smothers him and makes him paranoid about everything and everyone. Stanley (Wyatt Oleff) is trying to live up to his rabbi father’s expectations and failing. Mike (Chosen Jacobs) works at his grandfather’s farm as a butcher but is clearly very troubled by killing animals. The only one we do not get some backstory on is Richie which actually isn’t a problem as he gets a lot of lines and screen time. A little too much time but we will get to that later. 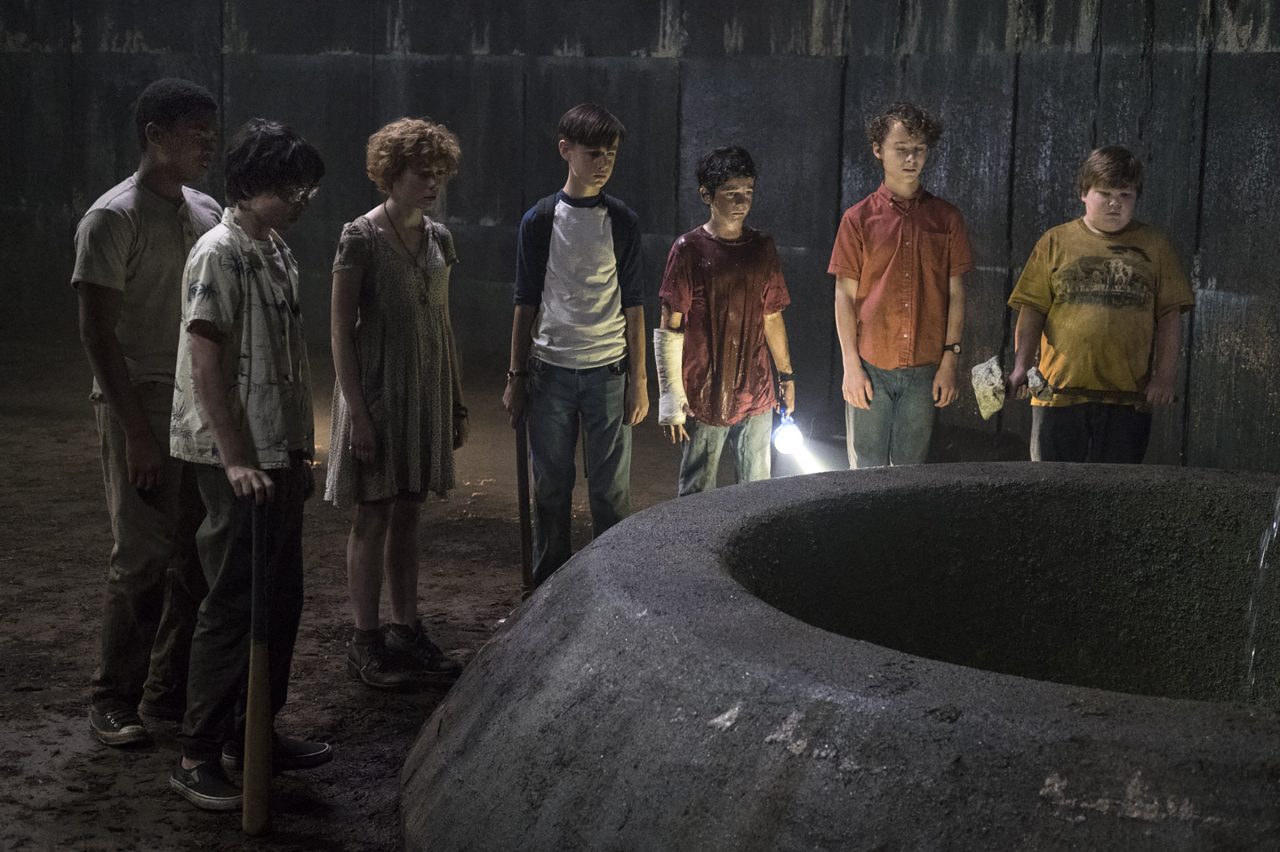 The film almost solely focuses on the kids which I think is a good decision by the director as this is their story. All of the kids put in really solid performances, especially Finn Wolfhard and Jack Dylan Grazer. Wolfhard’s character gets a little bit too much time though. He has a funny one-liner or a penis joke in EVERY single scene. At first, it’s funny and relieves some tension but then it just gets tedious and irritating.

The script is rather well written and does not have a lot of plot holes. The dialogue feels natural and unforced. The kids’ conversations feel real and sound like things kids would actually say. That way is very easy to get behind them and root for them rather than getting bored and rooting for evil (which is the case with many horror films sadly).

And then there is Bill Skarsgaard as Pennywise the Clown. Some people have hailed his performance as groundbreaking. For me, not so much. His performance is by no means bad but the character feels a little one-dimensional. He is obviously a very creepy clown and talks as such but there isn’t much more to him. He is supposed to have haunted the town for a LONG time so there must be something more behind the makeup and grin. I hope we will get a little deeper with him in part 2.

Cinematography and special effects are outstanding. Thankfully, the film does not rely on jump scares but rather on disturbing imagery and unpleasant atmosphere. It would have been very easy to throw in some jump scares and blood and call it a day but luckily the director decided against that. The film feels a bit unresolved at the end but that is normal as this is only part 1 of 2.

Ultimately, “It” is a very solid summer horror blockbuster with interesting and well portrayed characters. Part 2 is scheduled to be released on September 6, 2019. I can’t wait.

The Voices from Marjane Satrapi