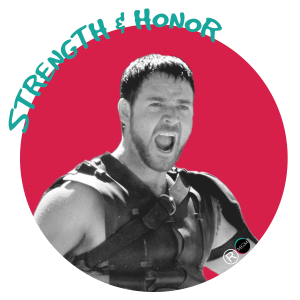 Inspired by Queen Victoria’s life and based on Shrabani Basu’s novel Victoria and Abdul: The True Story of the Queen’s Closest Confidant, this movie is a little gem that will not leave you indifferent.

Based on a true story… mostly.

This is how the movie starts. This is a fusional friendship, almost a love between a mother and her son that you can see between Queen Victoria and an Indian servant Mohammed Abdul Karim. I really enjoyed the film, though, I didn’t expect it to be funny. But some situations, some lines surprised me and made me laugh.

Taking place towards the end of the Queen’s life, Stephen Frears didn’t film the Queen’s greatness, which makes her almost a goddess, but rather the absurdity of royal protocol. He also showed a queen in her intimacy, a little bored by this actual protocol, with her states of mind, her doubts, her ignorance on her own empire and her wishes to always learn more about it.

The close-ups on Judi Dench and Ali Fazal as respectively Queen Victoria and Abdul, represent those strong, reciprocal and moving feelings that they feel for each other which was not accepted at all by the rest of the court and especially by her son, the future Edward VII of England.

In addition to this perfect cast, including Eddie Izzard (Edward VII), Michael Gambon (the Prime Minister Lord Salisbury) and Tim Pigott-Smith (Sir Henry Ponsonby) who died recently and to whom the film pays tribute, Thomas Newman’s soundtrack, (the composer of The Best Exotic Marigold Hotel, The Second Best Exotic Marigold Hotel and Skyfall) is a wonderful piece which gives a perfect atmosphere to each scene, allowing the audience to have empathy for the main characters.

Victoria and Abdul is a sincere and human story that you will like.

A wonderful movie but yet a bit classical to be dudechick material!