A bear from Peru (Ben Whislaw’s voice) has to move to move to London & find himself at the Paddington Tube Station which he will have his name from. contraint d’émigrer à Londres, se retrouve à la station de métro Paddington qui lui donnera son nom. He is taken in by the Brown Family but Mister Brown (Hugh Bonneville) is reluctant to keep him whereas his wife (Sally Hawkins) & kids think it is a good idea. Meanwhile, an evil taxidermist (Nicole Kidman) hear about the bear & wants to add him in her stuffed animals collection…

This is The feel good movie; colorful, touching, that makes you want to watch it in your pajamas while having…a cup of English tea!

It is not really #dudechick, but our little hearts get soft in the holiday season! We like the little movie reference right on spot & very funny ! 25% #dudechick 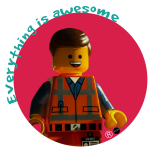 Here’s a beautiful film that will makes you want to go to London asap. The movie mixes  computer-generated imagery, animatronics (robotic devices) and real images and it works perfectly.

The film is based on the story of Paddington, the story of a bear from Peru that was adapted in several books & animation series.

The movie is produced by David Heyman, producer of the Harry Potter movies. You can actually recognize some of the Harry Potter style in this movie through the sets & props (like the mecanism at the Geographers’ Guild of Great Britain, the retro feeling & the cozy atmosphere.

The film is very funny mostly due to Paddington’s clumsiness. Children like parents were laughing out loud at the theatre.

The original soundtack is pretty good too. The song for the credits is sung by Gwen Stefani & Pharrell Williams, and a band is always near Paddington to musically illustrating what he feels. Its music is composed by Nick Urata member of the band DeVotchka (who did the original soundtrack of “Little Miss Sunshine”) which makes it an even more “feel good movie”. Cute, funny, touching like the Paddington bear itself; the perfect movie for the holidays!

Trailers of the most expected movies of the month

By Helene Delaunay in upcoming on December 6, 2014

The Original Soundtrack of Interstellar

By Helene Delaunay in Hot News on December 6, 2014