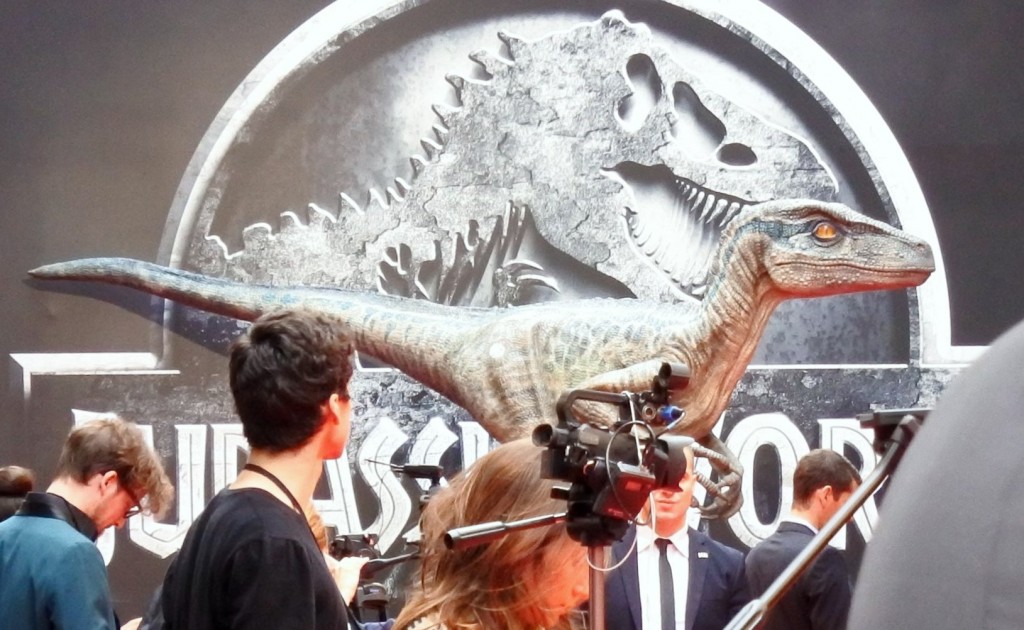 The World Premiere of Jurassic World, sequel (and not a reboot) to Jurassic Park 1,2 & 3 was Friday May, 29th in Paris around 7 p.m. 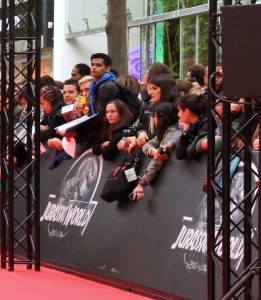 A red carpet was set for the occasion along with a stage where was standing one of the movie’s hero: the velociraptor called “Blue”. Some people came to see the movie cast & crew and were rewarded with caps & T-shirts of the movie. As usual, people hysterically shouted as Omar Sy & Chris Pratt arrived (watch the clips below in mute mode! lol). In short, Paris was privileged because it was chosen to held the World Premiere. France also gets one of the earliest date of the movie release in the world since it will be on June, 10th, whereas the US release will be on the 12th ! We already saw the movie but we can’t tell you anything about it yet ! 🙁 Meanwhile, check out the pics of the event !

Chris Pratt interprets Owen Grady, the hero of the movie, a velociraptors’s tamer

No slides found, please add some! 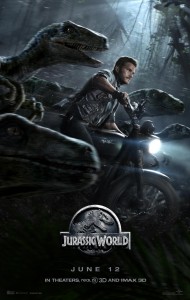 Plot Summary: Twenty-two years after the events of Jurassic Park, Isla Nublar, an island located off Central America’s Pacific Coast near Costa Rica, now features a fully functioning dinosaur theme park, Jurassic World, as originally envisioned by John Hammond. This new park is owned by the Masrani Global Corporation. Owen Grady (Chris Pratt), a member of the park’s on-site staff, conducts behavioral research on a group of Velociraptors,known as Blue, Charlie, Delta and Echo. At the corporation’s request, the park’s geneticists create a hybrid dinosaur known as Indominus rex (created from the DNA of Giganotosaurus, Rugops,Majungasaurus, and Carnotaurus) to boost visitor attendance. Claire Dearing (Bryce Dallas Howard) is the park’s operations manager. Her nephews, Zach (Nick Robinson) and Gray (Ty Simpkins), are visiting the island when the hybrid escapes and are subsequently caught up in the creature’s deadly rampage. Now, it is up to Owen and Jurassic World’s security team to contain the hybrid dinosaur before she can cause more damage.

The Award Winners of Cannes Festival 2015 are...

The Lego Movie from Phil Lord and Chris Miller