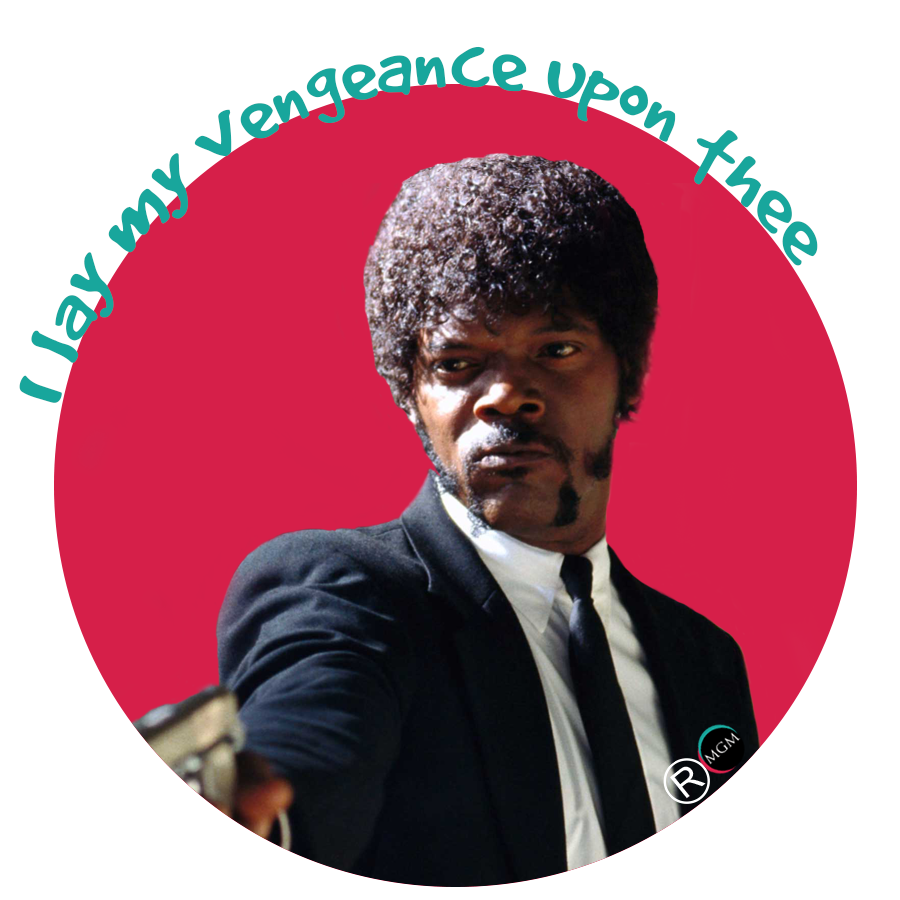 The Hateful 8 is most probably THE Tarantino movie. The cast , the  references and the style… Everything is there! The movie is what it promised. So a movie that you like already on paper, but might be enjoyable only by the ones who already know and appreciate Tarantno movies.

8 Hateful for his eighth movie: Tarantino his exercising in style.

Honestly, when you give a look at the movie poster, you realize how similar it is with the last one “Django Unchained”. Repetition or brand new concept, hard to believe this new western will be radically different from the others. As a matter of fact, “The Hateful 8” movie style stays very close to them not to say is the perfect synthesis. With all the reunited bunch of actors, who have almost all already played at least once in one Tarantino’s movie, you like to see again a cinema very detailed, over-using codes, with ceaseless sequences, endless dialogues and provoking violence. 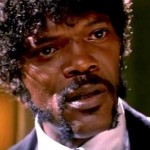 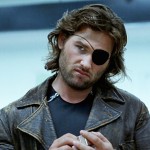 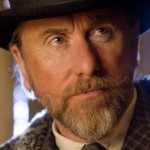 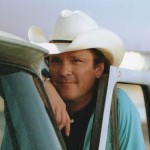 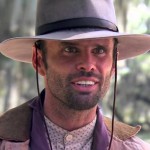 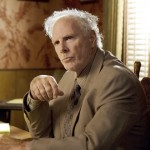 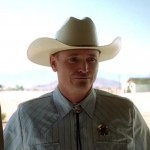 This is pure Tarantino, from the biggest classics inspiration of his childhood and the modern twist he always manage to add, you always stand on the tight limit between the referential or the caricature movie.

First, it’s crystal clear that this film is an absolute reference to the “The Magnificent 7” with Yul Brynner & Steve McQueen released in 1960. Besides the title, you have the same very yellow credits, the bunch of cowboys, and the wide spaces.

The 8 hateful have all very  very distinctive strong characters.

With their costumes, their punchlines and their guns, each one of them represents a part of the United States, after the Civil War but maybe also our modern society in a way. With the autority ridiculised through the Sherif Mannix, the feminine condition completely denied through Daisy (Jennifer Jason Leigh) & the absurd conservatism through the General Sandy Smithers, you quickly get how caricatural they are representing  the American society. But that’s what makes you like those characters.

However, the caricature goes way beyond! The movie shows style effects & trademarks so many times used in the past by the director that the movie kind of becomes the caricature itself of “a Tarantino movie”. The first sequence with Russell & Jackson is so long that it reminds you of the opening scene in “Inglorious Bastards”.

…this is like Tarantino was watching himself filming, but at least this is done with great actors. Jackson plays probably one of this best Tarantino role, Russell is rather good, and Tim Roth is great, who he has “randomly” a lot in common with the excellent Doctor Schultz from Django played by Christoph Waltz. However, I was much less impressed by Michael Madsen and completely disappointed by Tatum miscast.

“The Hateful 8” could also be considered as the ultimate Tarantino as on top of all the usual codes and style effects, there is for this film a very assertive and artistic choice. Tarantino has used a Super Panavision 70min camera lenses, which hasn’t been used  since “Khartoum” in 1966. This camera

basically allows to shoot in 65min, and thanks to itss huge lense, it can capture a way larger frame and with more details. It’s perfect for the wide space though like in “Lawrence of Arabia”!

Expect the fact that most of the movie is a indoor movie!

I think this choice is quite interesting as it brings a paradox to the movie. If there is any strong struggle to notice in this film, it’s not  between the characters but between the camera and the confined set. Actually, the camera manages to make its way through the small cabin lost in the middle of the Wyoming, offering you  an excellent notion of space with plenty of details. Congrats to the cinematographer Robert Richardson who masters to use the  width of the screen perfectly. This is what I’ve really liked in the movie; I enjoyed how the camera actually moves freely through the ceiling, the panoramic views and the close up shots on the faces, they come from everywhere, so impressive! It is nothing close to watch a theater play here, it’s like you are among the characters!

Doing the storyline structured by chapters is an indirect way to ask Tarantino’s audience to  follow and agree with the director’s style.

Even though space is incredibly mastered, you cannot say the same about Time.

Tarantino chose to do his film as a Roadshow. Roadshows was the name of big screening parties you had for especially long movies, with a movie program and intermission, like with a play. Those screenings were for kind of big event movies like  Ben-Hur, now you can picture it!

So Tarantino wanted “just that” for his movie! #HowFancyIsThat

And so, to fit with this movie format, you get a 3h long movie with 2h30min of indoor scenes, that explores into 6 chapters all the “possible” angles of the story. It gets so long that Tarantino ends up being the narrator of his own movie. #TooMuch #Maybe?

Nonetheless, knowing Tarantino, with such a long movie you can only expect an ending with a big  final chapter, kind of WTF, as he has used you in his previous movies. Well, it doesn’t end quite that, not even close. In “The Hateful 8” it is more an Agatha Christie kind of ending, which works quite well with a indoor movie. Indeed, the plot cannot be more simplistic. It helps you not getting completely lost. So simple, that it’s the relationships and the performances between the characters that give the movie all its depth. You are mostly focusing on the actors and the camera. But you have to keep doing it, enduring the length of the movie. To be very honest, when the title of the 6th chapter came up, almost all the audience sighed sounding like  people couldn’t take it anymore. So be strong!

The only element that really helps you go through is the original soundtrack composed by Ennio Morricone. This is the emotional factor that remains one of the very key element of the film’s aesthetic. His Golden Globe is well deserved. Personally, I loved the opening slow shot, just perfect thanks to the music.

So to conclude, this movie is for the initiated people who like to contemplate the long sequences, to appreciate all  its technical qualities, its references, the actors and of course for “Tarantino trademark”.

It is a MUST see movie, as it showcases the director very deep vision. It is so into the director style’s essence that it is almost intimism. Does Tarantino worship his own work and own style?

Probably, but he does that among his “family”of actors and crew who have been his fellows for years.

80% because Samuel L.Jackson & Quentin Tarantino duo is one of the most Dudechick in all Hollywood. But -20% because of Channing Tatum miscast!