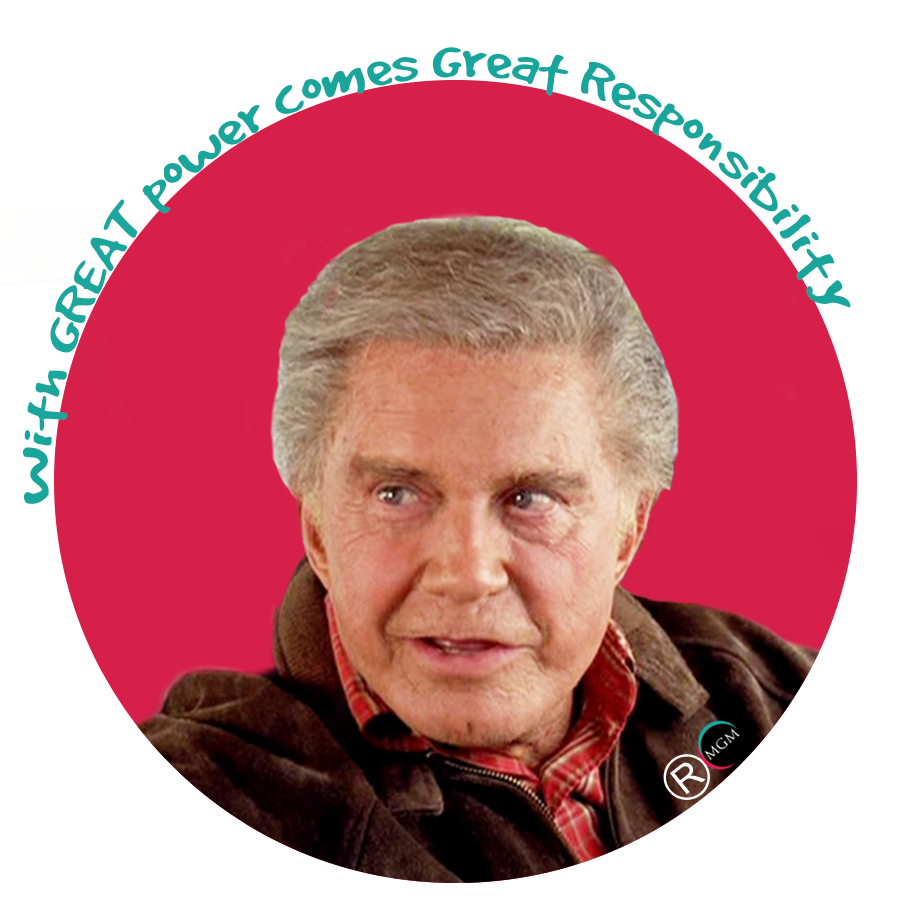 Here we go for round #2! All the buddies are here with the new guys. Self derision & pure entertainment from MARVEL, it is ON!

If I tell you Maria Calas, some romance and a good talk cutting woods in the country yard… Guess what, this Avengers is full of surprises!

Few minutes after the movie started, you get immediately into the action with the whole bunch of old friends, a well-oiled team.

But the true surprise remains in the discovery of  the new characters, which gives such a good boost to the saga. So, if you were already lost with the current intrigues and the multiple characters of the SHIELD, then to be honest… it’s  not gonna get better for you guys!

You get to know more about Quicksilver and Red Witch, with their Slav accent only English speaking person can do imitate, and another guy but I won’t spoil you…

So, the group becomes bigger and it’s just the beggining! Imagine this huge Super Heroes reunion merging multiple franchises: take a look at the focus below.

When the film speeds up regarding the plot, the rhythm actually does not follow. Indeed, between very lame punchlines or scenes you have no idea why they are here, you get really weird transitions. One transition with Maria Calas is uncommon, but an escapade to the country house with a cheap romance… that’s just weird.

As a matter of fact, you get the feeling that the characters are a little bit bored. All of them want to go back home, back to their own business, to see their ladies… The spirit of the SHIELD is not quite there. However, the Avengers need it more than anything to fight Ultron; an artificial intelligence which falls into “the dark side”. No kidding, the quote is in the movie!

Admittedly, you get to know more about the characters fears and traumas but with a very slight touch …because thanks God IRON MAN is here!!! Yeah, Mister “I am officially the super caricatural trickster of this saga in case everyone gets bored!” #NotCool

This “too much of everything” probably comes from the very generous side of the film and Joss Whedon’s directing. Because you are fan, and because this is about childhood, more is never enough. Why not include a 10 minutes long slow motion in the middle of a fight scene, why not  Ultron a very funny bad guy, and why not a nervous breakdown in the center of a city…

By the way, now we are talking about it, is there any contest between Hollywood Studios of who is destroying buildings the most and messing up entire cities like it’s ok?

In the category of the films that blow up entire cities in a WTF way, we give you:

In the category of the films that blow up entire cities in a WTF way, we give you:

Transformers from Michael Bay, this is his trademark but he is not the only one who masters it…

Please, someone should tell them

So, you are leaving everyone feeling it was cool, but better when everyone is on his own… Crossing fingers the best is to come.

And please, Captain America go buy some real humor and not a lame running gag!

For the nice self derision and especially the excalibur scene!

To go further… Who are the new characters?

Did you know? Red Witch & Quicksilver are originally from the X-Men, and they are Magneto’s kids! 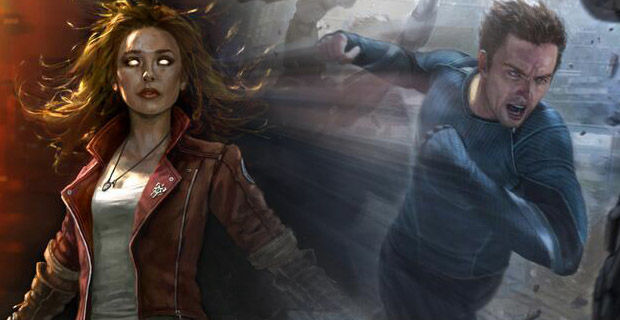 So these characters are the bridge between the two universes, the Avengers and the X-Men, but most of all between two franchises, huge Hollywood’s entities.
We will see later on if the X-Men and the Avengers are actually get on well with each other, but the introducing of the twins in Joss Whedon’s saga raises up many questions. Indeed, Fox detains the rights on the X-Men and Marvel on the Avengers. Actually, both studios are eligible to use those characters in their movies. So the question that remains is do the studios will agree to be coherent between the two universes through the different movies? You already have some clue with the cast of a different actor for Quicksilver in X-Men Days and Future Past.

Two Films, Two Quicksilver, who is your favorite ? 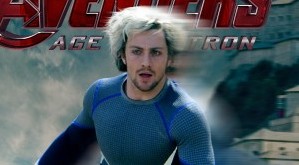 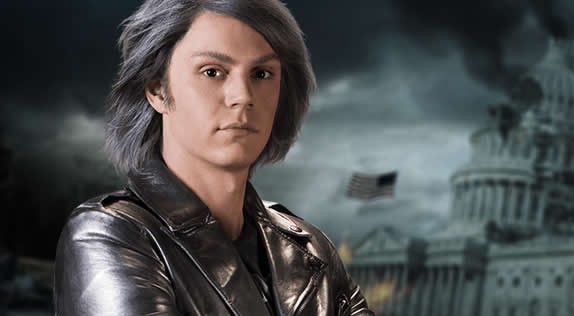 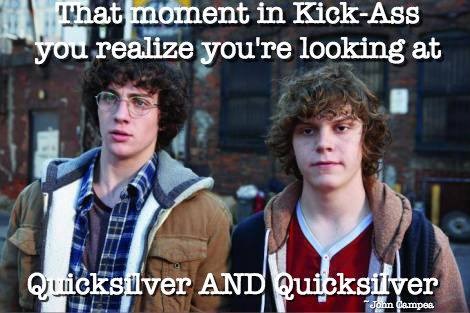 For us, with such scene, we have our winner!