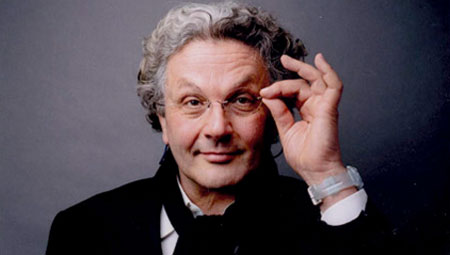 In 1971, he wrote & directed a short film named Violence in the Cinema: Part 1 which received 2 awards from the Australian Film Institute and selected at the Sydney & Moscov film festivals.. The movie was produced by his loyal friend Byron Kennedy, with who he has funded Kennedy Miller Productions.

His first very big hit was in 1979 with Mad Max, an apocalyptic & violent movie road movie with Mel Gibson as the leading action. The movie was largely banned due to the numerus violent scenes. Thanks to this success, the director signed 2 other movies: Mad Max 2 (1981) et Mad Max : Beyond Thunderdome (1985). In the meanwhile, Steven Spielberg invited him to direct the last episode of The  Twilight Zone (1983), acknowledged as one of the best of the saga.

In 1982, George Miller mourned over Byron Kennedy after a hélicoptère accident. Then, he goes on with his projects with Doug Mitchell joining Kennedy Miller company. The director came back to Hollywood, tu runLes The Witches of Eastwick in 1987, a fantasy comedy withJack Nicholson & Susan Sarandon, who will be also in the drama Lorenzo (1992). In 1995, he wrote & produced Babe directed by Chris Noonan.  since Babe hereo is very likable to the audience, Miller  made another one, as a director this time, with Babe 2, released in 1998.

After 7 years of inactivity,  George Miller comes back to directing with the great successful animation movie Happy Feet, which received an Award 2007. And so he directed Happy Feet 2 in 2011.

In 2015 Mad Max: Fury Road, is the fourth Mad Max movies of the saga where Tom Hardy is playing the famous role of Max Rockatansky.

That being said, the new opus  is a little breakdown in the saga just with the introduction of a new Max played by Tom Hardy.

This new movie introduces Miller’s imagination to the new generation who hasn’t seen his previous movies and also put forward a directing way more thoughtful and daring for his greatest fans.

What’s interesting in this new feature, is the incredible opportunity for a director to be able to keep working on his projects through different movies while he shows us his own vision always adaption considering what is doable and the context of each movie period. From 1979 to 2015, it’s a while !

But is Mad Max Fury Road the concept evolution or is brand new reinvention? Is this movie the one Miller always wanted to make or is it a sequel in its logical continuity?

My comments below are written as a fan fascinated by the work & the imagination of one director and also impressed by the visual experience I had in the theater. 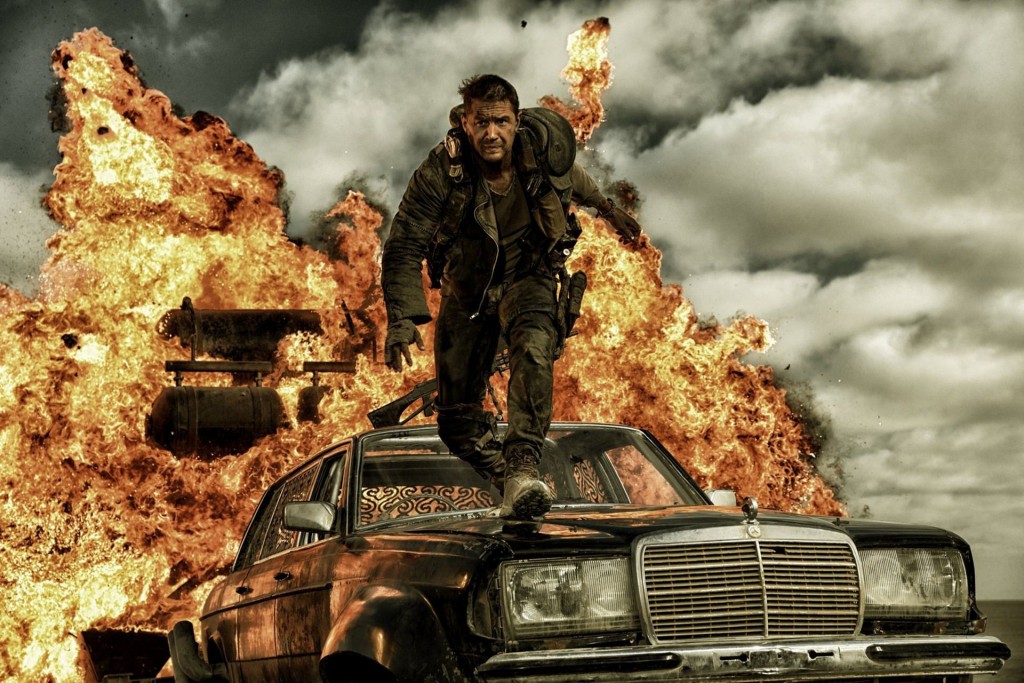 Clearly, Mad Max Fury Road is mostly about car racing all long. This is a come back to the fundamentals, with, 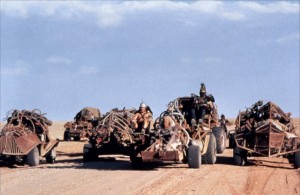 like in the first movie, this is about a “face to face” between the right & wrong in the middle of nowhere like in the best Westerns. The 2 last  movies dealt much more with the discovery of a new trivial city, built from nothing, always under the threat of destruction and chaos. Here, it’s about running away from all this and look for a better place… Therefore, the movie is a ceaseless move. Don’t forget that in Mad Max: Under the Dome, you had to wait until the last 20 minutes to see the one & only car race.

At the beginning of the film, Max is wondering who is actually crazy between him or the others. Here is the answer: it’s George Miller and his project. Note that all the spectacular action you can see during the film are performed by professional stuntmen with no green screen. The ending credits well display that with a LOT of stuntmen names Huge challenge to shoot a film in a desert while you have to ensure stuntmen safety, real actors in the movie. 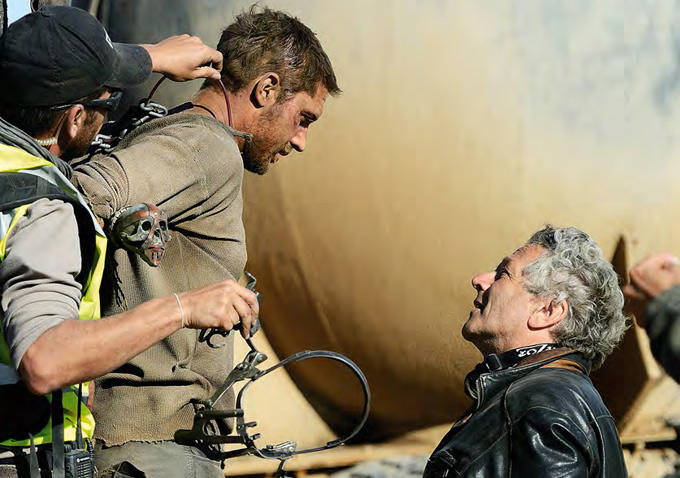 Moreover, the camera positioning is just impressive. You can actually realize how much the news technical means evolved compared to the first movie. Forget the old profile shots in the car doing back & forth between the 2 characters. Now, the camera can go everywhere showing you multiple views thanks to the best equipment. With a robot arm attached to a car, the staff could literally drive through the closest of the action. Impressive result thanks to an incredible technical prowess and mastering. 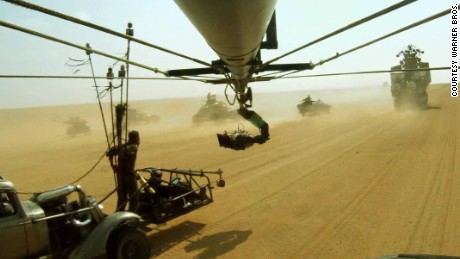 Consequently, the action is at the center of the film, and because it’s shot beyond the technical limits, you fully enjoy the experience. The rhythm is sometimes completely knocked over through speed up scenes to highlight the effect. Therefore, you have  a sequence of action scenes starting crazy, to go top of the edge and then go down by themselves like a slow & natural death. Like a self-regulated cycle, scenes are meant to give the maximum of action, time up to the perfection, in order to keep all your attention. Known fact: mastering the screenplay and the rhythm of a film in such way is the sign of great directing talent.

Facing desolation and the resources distress

Indeed, this is the strongest link between all the movies. Highly disturbing hypothesis: what if the world we know felt down, with no more resource and comfort? This vision illustrates the threats made by the most enthusiastic environmentalist from the hippies  or eco-friendly trend. Mostly impacted by the quest of the dark gold in the previous movies (in the middle of the oil crisis), here you go further.

The concept expands to the shortfall and the contamination as of the land, acid & dry, as of the bodies. Everything is dust, vestiges, and used: everything is condemned to end badly. In the last film, 3 resources are symbolized: the black Gold, the blue Gold and the “red” Gold: the one of the pure blood of Max, extracted as a guinea pig, to feed the War Boys, looking like fanatic skeletons infected by the cancer. Without any resource, life is only survival, triggering the meanest instinct and justifying a cold heart pragmatism. Immortan Joe, guru of the Citadel in Fury Road, understood it pretty well.

In order to be the only one leading, he scares his people associating the water to a terrible drug, since tasting it is risking to be addicted. Therefore, Man is alienated by privation. Man has no more soul. He is only – rotten – flesh. Alive or actually survivor, here reigns resignation, misery, and violence. And what about violence! Miller depicts how cruel the world could be, especially with women, first victims of this chaos. In each of his films, the woman condition is pretty terrifying; Only Aunty, Entity & Furiosa control their own destiny, but have been transformed  as real soldiers with strong armors (Tina Turner) or almost as a robot ( Charlize Theron’s mechanic arms).

So, what about when you’ve lost everything? What can people feed on? Indeed, you have to find a way to survive from desolation. And this is not dog food, bugs, or three drops of water that can suffice to hold on, you have to rely on a more spiritual and emotional (res)source: hope? redemption, or limitless/ borderline fanatism? Each of them is raised up by the director. All allow the characters from Mad Max movies to get a hold on an incredible energy although it causes them  a lot of pain. None of these is the good answer against this desolated world. Miller condemns us to a world without any resource, leaving us only with this ironic sentence to hear over and over again: What A Lovely Day!